Are you a Citizen of on High 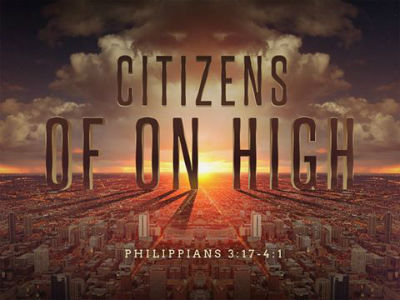 Are you a Citizen of on High

What is the Kingdom of God? Righteousness, peace, and joy in the Holy Spirit.

The Kingdom of God is not a religion. What is a Kingdom? Who is the King? What is the difference between a Republic (Democracy) and a Kingdom?

For unto us a child is born, unto us a son is given: and the government shall be upon his shoulder: and his name shall be called Wonderful, Counselor, The mighty God, The everlasting Father, The Prince of Peace. Isaiah 9:6

They shall speak of the glory of thy kingdom, and talk of thy power; To make known to the sons of men his mighty acts, and the glorious majesty of his kingdom. Thy kingdom is an everlasting kingdom, and thy dominion endures throughout all generations. Psalms 145:11-13

The Kingdom of God is not a religion.

For the kingdom of God is not meat and drink; but righteousness, and peace, and joy in the Holy Ghost. Romans 14:17 Fear not, little flock; for it is your Father’s good pleasure to give you the kingdom. And Jesus went about all the cities and villages, teaching in their synagogues, and preaching the gospel of the kingdom, and healing every sickness and every disease among the people. Matthew 9:35

Worldwide there are more than 30,000 registered Christian denominations, yet only ONE Kingdom of God.

The Kingdom of God is not a religion, it is a form of government based upon the legal terms (which are not theological terms) of righteousness and justice. How did Jesus react and respond to those who were the religious sects?

But woe unto you, scribes and Pharisees, hypocrites! For ye shut up the kingdom of heaven against men: for ye neither go in yourselves, neither suffer ye them that are entering to go in. Matthew 23:13
Woe unto you, lawyers! for ye have taken away the key of knowledge: ye entered not in yourselves, and them that were entering in ye hindered. Luke 11:52

Has religion united or divided? How many wars have originated from religious extremists? Has religion solved or created problems? The Holy Scriptures and Jesus are not about establishing a religion, but a Kingdom. Reconsider the teachings, parables, and prayers of Christ.

The life Jesus lived on earth provided us with a demonstration of what Adam and Eve lost when they rebelled and chose to leave the kingdom of heaven on earth and chose instead to live without the King who created them.

This rebellion against the King resulted in the King’s rejected representative, the Holy Spirit, to leave earth and return to heaven. It is the restoration of the same Holy Spirit who Jesus came to earth, from the Kingdom of God, to pay the penalty of our rebellion with His unblemished blood instead our own blood, thus providing the reconciliation necessary for us to receive that which was lost.

In the world, but not of the world (Dual citizenship)

The Kingdom of God does not have members, it is made up of citizens.
God created the Kingdom of Heaven (spiritual) and created earth and man (physical) to expand and share His Kingdom upon the earth.

Although the kingdom concept is the same, the Kingdom of God in not like the failed kingdoms of the earth, where sinful men were kings. It is a Kingdom where Jesus is King, in whom there is no sin, (2 Corinthians 5:21, 1 Peter 2:22).

To God be All the Glory, now and forever more.