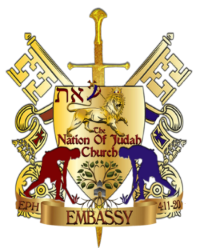 WHAT MUST I DO TO BE SAVED

25 And at midnight Paul and Silas prayed, and sang praises unto Elohim: and the prisoners heard them.

26 And suddenly there was a great earthquake, so that the foundations of the prison were shaken: and immediately all the doors were opened, and every one’s bands were loosed.

27 And the keeper of the prison awaking out of his sleep, and seeing the prison doors open, he drew out his sword, and would have killed himself, supposing that the prisoners had been fled. 28 But Paul cried with a loud voice, saying, Do thyself no harm: for we are all here.

29 Then he called for a light, and sprang in, and came trembling, and fell down before Paul and Silas,

30 And brought them out, and said, Sirs, what must I do to be saved?

31 And they said, Believe on the Yahshua the Messiach, and thou shalt be saved, and thy house. 32 And they spake unto him the word of the YHWH, and to all that were in his house.

Romans 3:23 "For all have sinned and fall short of the glory of Yahweh (God)."

First, see yourself for what you are...a sinner. Sin is tragic, vile...it blights, degrades, destroys. It has dire consequences: “The soul who sins is the one who will die. “For the wages of sin is death, but the gift of God is eternal life in Christ Jesus our Lord.

2. REPENT OF YOUR SIN

Repentance is not making a resolution to do better. It is not just a conviction of sin, for a person may be convinced that he is wrong and still not repent.

As the Bible says, Let the wicked forsake his way and the evil man his thoughts. Let him turn to the Lord...for He will freely pardon. You must change your mind about sin and want Yahweh God to end its mastery over you. After all, sin is so bad it took Yahshua's (Jesus) death to make forgiveness possible for you.

John 3:16 "God so loved the world that He gave His only begotten Son, that whoever believes in Him shall not perish but have eternal life."

Believe in the completed work Christ of Yahshua accomplished on the cross. You must believe that Yahshua substituted Himself for you, that He died for your sins (though He never sinned), and that He was resurrected from death. The punishment that brought us peace was upon Him. Our sins nailed Him to the cross, and by His wounds, we are healed. “Believe in the Lord Yahshua (Jesus), and you will be saved.

Romans 10:9 "If you confess with your mouth, Yahshua (Jesus) is Lord, and believe in your heart that Yahweh (God) raised Him from the dead, you will be saved."

You must believe in Yahshua (Jesus) and receive Him personally into your life by faith if you are to be saved from the power of sin and its consequences. To all who received Him, to those who believed in His name, He gave the right to become children of God.

5. A Simple and Humble prayer

In the Name of your Son Yahshua, I ask for you the forgiveness of All my Sins, in thought word and deed, past and present. I willingly and openly repent of my sinful life and believe that Yahshua died for me, that I may have life, and life eternal. I want to receive Yahshua as my Lord and Savior for this day forth.

Now that You Have Read What Must I Do To Be Saved, What Is The Next Step

If you have received Yahshua today, please fill out the form below. We would be humbled to welcome you into The Nation Of Judah Church family of believers, and we will teach you and disciple you, then you may be able to disciple others to walk their path to the Salvation of Yahshua.

We recommend you pick up a King James Bible. You can also use Biblegateway.com. You can use online or download the app for your tablet and /or phone. Also, be sure to create an account, and set your scripture version to King James Version - KJV.