SO YOU SAY TOUCH NOT MY ANOINTED 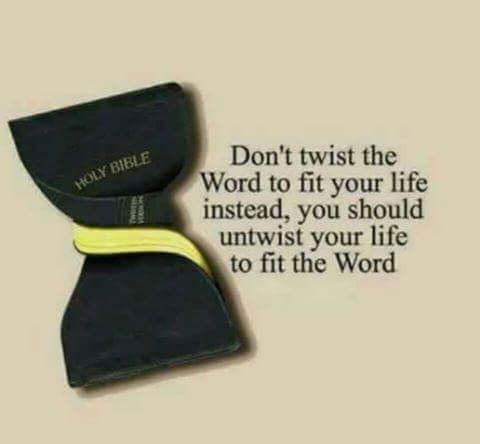 SO YOU SAY “TOUCH NOT MY ANOINTED”?

I challenge all who say this phrase to read this whole article through prayerfully and with an open mind and heart.

Loyalty is a good thing if it is for the right purpose and for truth. One certainly does not want to be loyal and find they have pledged their allegiance to something that is false.

“He who justifies the wicked, and he who condemns the just, both of them alike are an abomination to the LORD” (Proverbs 17:150

But for one to find out what is true or false they must look into the matter and hear both sides before they make a final judgment. “The heart of the prudent acquires knowledge, and the ear of the wise seeks knowledge” (Proverbs 18:15).

In a time of catchy phrases and clichés’, Christians can be no different. What does the Bible mean when it says not to touch God’s anointed?

The Lord’s anointed’, is a reference to the kings of the nation of Israel

Ps 105:11-15 Saying, “To you I will give the land of Canaan as the allotment of your inheritance,” When they were few in number, indeed very few, and strangers in it.

When they went from one nation to another, from one kingdom to another people, “He permitted no one to do them wrong; yes, He rebuked kings for their sakes, Saying, “Do not touch My anointed ones, and do My prophets no harm.”  Notice in this Scripture that God protected His anointed (who was Israel) and His prophets from the enemies of Israel to bring physical harm.

The first thing one should notice is that the word touch actually means physical harm. What it does not mean is saying something about another person publicly that is true. How do we know this? Because that’s exactly what David did about Saul. It was David who said he would not harm God’s anointed, who was King Saul at the time but He spoke out publicly about him.

Not only David, but Samuel “touched God’s anointed,” as he spoke out against the king’s disobedience. God told Saul to “Smite Amalek, and utterly destroy all that they have, and spare them not…” (1 Sam. 15:3).

But instead, he spoke a half truth and “spared the best of the sheep and of the oxen, to sacrifice unto the Lord…” (v.15). Samuel said it was rebellion like witchcraft and idolatry (v.24). Because he did not obey the Word of the Lord he would be removed being king. Saul admitted he feared the people and obeyed their voice. What a crucial thing to learn of Saul who was God’s anointed.

In1 Sam.16:13-16 we find David who was shepherd boy was anointed before God took away Saul’s position. David refused to touch Saul physically but it didn’t stop him from telling everyone the truth about him publicly.

David not raising his hand to touch (harm physically) God’s anointed is used in 1 Sam.26:9,11,23. Look at 1 Sam.26:11: tells us that David would not stretch his hand out to touch him (harm him); instead he sneaked up and took Saul’s spear and water jug. In verse 15 David rebukes Abner for not guarding Saul and says he deserved to die. Saul hears the commotion and comes out, and David rebukes Saul before all his troops, asking why he is pursuing David’s life since he is innocent — that the king has come out to seek a flea.

Saul then repented for his rash behavior and called himself a fool. David returned Saul’s possessions and said, “For the Lord delivered you into my hand but I would not stretch out my hand against the Lord’s anointed.” Notice what this means, not to bring physical harm.

1 Samuel 24:10 “Look, this day your eyes have seen that the LORD delivered you today into my hand in the cave, and someone urged me to kill you. But my eye spared you, and I said, ‘I will not stretch out my hand against my lord, for he is the Lord’s anointed.” “And David said to Abishai, “Do not destroy him; for who can stretch out his hand against the Lord’s anointed, and be guiltless?”(1 Sam. 26:9)

Saul was anointed as King over Israel he had a position of rulership that was soon to be over. Knowing he was next in line David refused to physically touch the king as God’s anointed and remove him from his position prematurely. It was God, not David who would remove Saul from his position (26:8-10).

We should notice an important part in this story, it was Saul who was pursuing David, hunting him down and trying to kill him. The Bible story has Saul whose position was threatened, pursuing to kill David who was innocent. Isn’t this what we see today?

Those who are in a greater position of leadership going after people who are anointed that are challenging them in what they are saying and doing as wrong. From their position they have trained people to listen to them and willing to silence their challengers.

They do this by going after them with Bible threats such as “don’t touch God’s anointed” or you are committing the “blasphemy the Holy Spirit” when you speak against another “man of God.” Ignoring the fact that blasphemy meant one is saying that Jesus’ miracles were done by an unclean spirit, not about questioning another mans alleged miracles.

Those of the flesh are pursuing those who are of the Spirit, just as Saul did to David. Those who are following the Spirit of the Lord go to His Word to keep themselves in the truth no matter what the opposition may say.

It’s interesting that in Rev. 6:9 John writes “When He opened the fifth seal, I saw under the altar the souls of those who had been slain for the word of God and for the testimony which they held.” They were killed because they held to the Word against the opposition and so they became martyrs. Those who apostatize from the Word always hate those who keep it.

We find the story of Saul ends with David kept from the Battle that Saul and Jonathan lost their lives in, instead he fought the Amalakites. An Amalakite messenger came back with torn clothes and dust on his head showing he was in mourning, David inquired of him and he told David he killed Saul. “So David said to him, “How was it you were not afraid to put forth your hand to destroy the LORD’s anointed?”

Then David called one of the young men and said, “Go near, and execute him!” And he struck him so that he died. So David said to him, “Your blood is on your own head, for your own mouth has testified against you, saying, ‘I have killed the LORD’s anointed.’”(2 Sam 1:13-16) Again it is clear, to touch the anointed means to bring physical harm, most often death. But if you spiritualize it, it can mean anything you want. 2 Sam 1:17-19 David took up this lament concerning Saul and his son Jonathan, and ordered that the men of Judah be taught this lament of the bow (it is written in the Book of Jashar): “Your glory, O Israel, lies slain on your heights. How the mighty have fallen!”

Each time is about those who were killed. David did not relish the fact that God’s anointed was apostate and met his end, he wept.

Since most of these so called anointed teachers that come under their follower’s protection teach the Word out of context, it’s not surprising that they would quote a verse of Scripture removed from its correct meaning for their own self- protection.

Those who shout don’t touch God’s anointed think they are doing God’s work, but they rarely ever look at the facts presented. They listen to their teachers and do not want to hear the other side of the story. They cut themselves off from hearing the truth. And some, even when they are shown false teachings and prophecies do not care, but look to some personality who captured their loyalty.

They become enemies of all reason, their own worst enemy. They do not realize they have been trained well, and like Pavlov’s dogs, react the same way each time. It’s time to break free!

Please Like & Share by clicking on the buttons, and tell us what you think below. Thank you and God bless.