The Sabbath Wasn’t Made Only For The Jews 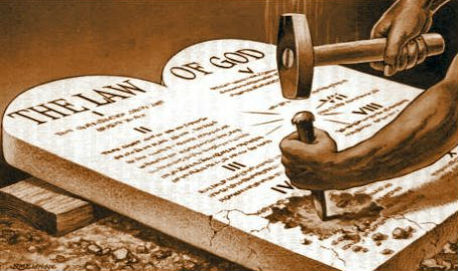 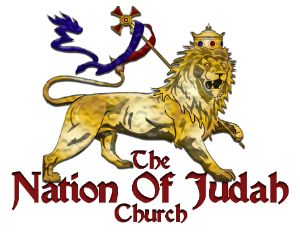 The Sabbath Wasn’t Made Only For The Jews

Multitudes of so called “Christians” refer to the seventh-day Sabbath as the “Jewish Sabbath,” but there is no such expression in the Bible.

The fact is that two beautiful, original institutions were set up by God Himself before sin ever came into our world—marriage and the Sabbath. Both were made for all of mankind, both received the special blessing of the Creator, and both continue to be just as holy now as when they were sanctified in the Garden of Eden.

Lord of the Sabbath Day

It is also interesting to note that Jesus was the One who made the Sabbath day in that creation week. Indeed, many overlook the fact that the God who created the world and made the Sabbath was Jesus Christ Himself.

The apostle John wrote: “In the beginning was the Word, and the Word was with God, and the Word was God. He was in the beginning with God. All things were made through Him, and without Him nothing was made that was made. … And the Word became flesh and dwelt among us, and we beheld His glory, the glory as of the only begotten of the Father, full of grace and truth” (John 1:1–3, 14). The apostle Paul also identified Jesus as the Creator: “The Son of His love, in whom we have redemption through His blood. … By Him all things were created” (Colossians 1:13–16).

For the so called “Christians” to separate Jesus from the Sabbath is a mistake, for He is the Author, the Maker, the Sanctifier, and the Architect of the Sabbath. To discount the blessing, He placed on that day is to deny Him and His authority over our lives.

The Sabbath Is Not a Temporary Jewish Shadow

Furthermore, many have taught that the supposed “Jewish Sabbath” existed only for a limited period of time, as it was a shadow of our rest in Christ. However, the Sabbath could never have been just a type or shadow of anything—for the simple reason that it was made before sin entered the human family. Certain shadows and types were instituted as a result of sin and pointed forward to our deliverance from sin.

Such were the sacrifices employed to symbolize the death of Jesus, the Lamb of God. There would have been no animal sacrifices had there been no sin. Yet the Bible says these offerings were abolished when Christ died on the cross, because the symbol had met its fulfillment (Matthew 27:50, 51). The temple veil mentioned in this passage symbolized all the temple ceremonies that pointed to Christ’s death as the Lamb of God. The veil being torn at the moment Christ died communicated to the world that the significance of the ceremonies had been fulfilled. And the fact that the veil was torn from top to bottom indicated that it was God Himself who was communicating this message.

However, since no shadow existed before sin entered this world, the Sabbath—instituted on the seventh day of creation before Adam and Eve sinned—should not be included as merely a ceremonial law of types and shadows.

The apostle Paul referred to this temporary system of ordinances in Colossians 2:14–16 as being “against us” and “contrary to us.” He tied it to the meat offerings, drink offerings, and yearly festivals of the law that were “wiped out.” It is true he referred to “Sabbaths” also in the text, but take careful note that he called them “Sabbaths, which are a shadow of things to come.” Were some Sabbath days wiped out at the cross? Yes. There were at least four yearly Sabbaths that came on certain set days of the month, and they were “nailed to the cross.”

These were shadows and required specified meat and drink offerings. All of these annual Sabbaths are described in Leviticus 23:24–36, and then summarized in verses 37 and 38: “These are the feasts of the Lord which you shall proclaim to be holy convocations, to offer an offering made by fire to the Lord, a burnt offering and a grain offering, a sacrifice and drink offerings, everything on its day—besides the Sabbaths of the Lord, besides your gifts, besides all your vows, and besides all your freewill offerings which you give to the Lord.”

The Scripture plainly differentiates between the annual, shadowy Sabbaths and the weekly “Sabbaths of the Lord.” The ceremonial Sabbaths were blotted out at the cross; they had been added as a consequence of sin.

But the Sabbath of the Ten Commandment law had been hallowed before sin was introduced and was later incorporated into the great moral law written by the finger of God. It was eternal in its very nature and for all mankind, Jew and Gentile.

A Christian is as a Christian does. It was the Christian Church that changed that Sabbath. Jesus called us Followers, Believers, Friends, not Christians. Let us be Christ like, and obedient to the Word of God, and follow the commandments as Jesus reiterated them from the Old Testament.

To God be All the Glory, now and forevermore. In the name that is above All names Yeshua Hamashiach (Jesus Christ) our Lord and Savior.