WAKE UP NOW JUDAH | The Nation Of Judah Church
3 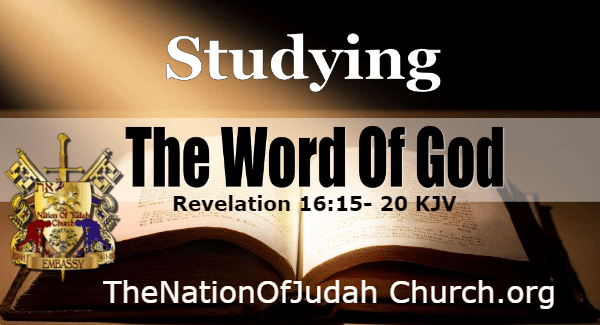 IF EVER THERE WAS A TIME TO WAKE UP, ITS NOW JUDAH! WE HAVE BEEN SLEEP FOR FAR TO LONG.

PROPHESY IS UNFOLDING RIGHT BEFORE OUR VERY EYES, AND PEOPLE GO DAY BY DAY UNPREPARED AND ONLY CARING ABOUT, MONEY, CARS, HOUSES AND LAND, ALONG WITH OTHER THINGS THE WORLD HAS TO OFFER.

FYI: SOON THAT WILL PASS AND REALITY WILL KICK IN THAT IS SHOULD HAVE FOCUSED ON THE THINGS OF GOD INSTEAD OF THE THING OF THIS WORLD..

THEN IT WILL BE TO LATE!

15 Behold, I come as a thief. Blessed is he that watcheth, and keepeth his garments, lest he walk naked, and they see his shame.

16 And he gathered them together into a place called in the Hebrew tongue Armageddon.

17 And the seventh angel poured out his vial into the air; and there came a great voice out of the temple of heaven, from the throne, saying, It is done.

18 And there were voices, and thunders, and lightnings; and there was a great earthquake, such as was not since men were upon the earth, so mighty an earthquake, and so great.

19 And the great city was divided into three parts, and the cities of the nations fell: and great Babylon came in remembrance before God, to give unto her the cup of the wine of the fierceness of his wrath.

THESE THING ARE COMING SOON, IF ONLY YOU WOULD HEED THE WARING.